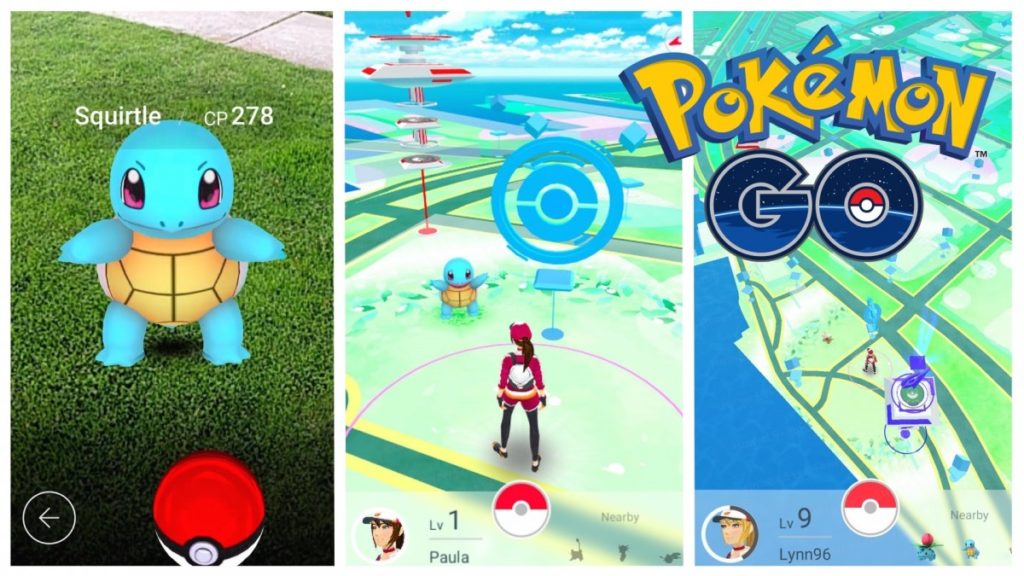 To say that Pokémon Go has been a success is selling it incredibly short: In its third week, it had been downloaded over 75 million times on both android and iOS, faster than any mobile game to date.

As the novelty of Pokémon Go starts wearing off, there’s a lot to say about its impact and what we can learn from it, more specifically about its onboarding experience and autotelic nature.

How Does Pokémon Go Work?

The game, made by google off-shoot Niantic Labs, tasks players to explore the world around them in order to find and catch Pokémons. You’re presented with a map and challenged to walk around, capture some Pokémons and get supplies from notable locations around town.

Larger locations, known as gyms, are controlled by one of three teams (red, blue or yellow) and players use their Pokémons to capture these locations by fighting with the Pokémons they’ve captured.

The game is based off of their previous work with ingress, which focused on capturing points to create an area your team would control. The game also served as a way to build better map data through the exploration of paths and the identification of notable spots in urban centers.

So far, players of Pokémon Go have been the subject of a multitude of quirky news stories, have created large spontaneous group gatherings (even in montreal) and have even found a corpse (or two).

These players are predominantly women, aged between 25-29 years old, meaning they are old enough to remember the original Pokémon craze, which the game leverages by using the original batch of 151 Pokémons, rather than the most recent count of 721 Pokémons.

This has some clear advantages as a lot of activities in the game are dependent on you going out and walking, sometimes to precise locations. For example, Pokémon combat is only introduced once you reach a Pokémon Gym.

Long onboarding processes can be tedious and counter-productive (as long winded instructions will be forgotten). So providing a good first experience that focuses users on a main task let’s them quickly get on with what they want to do.

By not showing all the features right away, it allows for a fairly important level of discovery of the game’s rules and mechanics. Which is great, as you want players to have a way to acquire and refine their skills gradually.

This “just-in-time” approach to presenting the rules of the game, provides clear guidance to the users. And a lot of these rules have been quickly figured out by online communities, including the rules behind throwing PokéBalls or accumulating distances towards hatching Pokémon.

Onboarding also helps to establish what the limits of the game are (or lack-of-thereof). While the augmented reality (AR) used is far from perfect, it serves as a really good way of introducing the idea that you have to explore the space around you.

One example of this is the starting Pokémons: As per the original game, players are given the choice of 3 Pokémons to begin with.

However, if they choose to walk away from their current location, they will be given a fourth choice: a pikachu. By establishing that moving beyond the initial screen frame is rewarding, Pokémon Go manages to introduce its users to interactions in as wide a natural space there is.

Over time, it’ll be interesting to see how onboarding within the game changes. There are a lot of features on their way, such as player vs player fighting or customizable pokéstops, that will change how the game works.

As these come out, a good introduction to how they work could go a long way in keeping players interested and looking for new ways to play the game.

It’s possible that Pokémon Go’s biggest accomplishment is to get people moving in a way and scale that other fitness applications have never been able to achieve.

Of course, it has a lot to do with nostalgia and being available on devices people already own, but it also leverages an intrinsic aspect of games: it provides an autotelic experience.

The « autotelic » experience is defined as an experience driven by the pleasure of being involved in the experience for its own sake.

You play because you enjoy playing (as opposed to do something for an external reward, like working a job to get paid).

The sure signs of an autotelic play is loosing track of time while being actively engaged into the action, having a sense that your thinking and the actions you take are completely in synch, and paying attention to nothing else beside the action at hand.

In this case, people aren’t going out to exercise, or to increase a number of steps. They are going Pokémon “hunting”, incidentally walking around, engrossed in their activity.

This is then is no longer an experience driven by physical performance, but one driven by exploration and discovery.

There lies the difference between an autotelic experience and a gamification-induced behaviour : gamification will have us pursue unattractive activities (that are «good for us») outside the game by rewarding them in the game world.

Autotelic experiences are not exclusive to games. They can happen around creative tasks, work tasks, all manner of human endeavour, really.

Setting up fluid autotelic experiences requires both a fine understanding of users, their methods, and mental models and a subtle yet definite mastery of design.

It’s complicated (best left for another blog) but a lot of fun to master and build into the life of products and services. Pokémon Go is a best-of-class example of how an autotelic experience can move and change behaviours overnight!

It will be interesting to see what’s in place for Pokémon Go in the next few months. In the meantime, we’ll keep our phones nearby: someone has to take care of all the Zubats around the office.