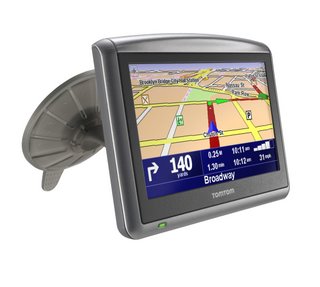 Back in the day, there was a car, a couple, a destination and a map that was often out of date and not always accurate. At the same time you’re fighting traffic and waiting around in the those glorious hot, humid days.

Feeling stressed at the wheel? A little ? A lot ? Sometimes to the point of cracking because you’re going the wrong way ? Maybe you’ve lost sight of road signs or you just don’t understand what the signs mean because you’re in a foreign country.

When your patience has reached its maximum, you take that frustration out on your passenger who just happens to be your boyfriend/girlfriend/wife/husband/partner. They desperatly turn the map every which way, trying to find the best solution. And if there are children in the car and they ask that dreaded question, “are we there yet?”, after barely half an hour of driving, it’s not hard to imagine how the atmosphere in the car could easily reach a boiling point.

I was recently thinking about how difficult it can be to remain focused and calm in traveling situations. This became clear to me on my recent trip to the US, during which we were equipped with a GPS (TomTom, model ONE).

Based on my brief observations, I would say the interface is quite user-friendly. Good feedback, flexibility, clear visuals and good error management make this product easy to use.

There are however, some weaknesses in three of the design elements:

Anticipation: When there’s a turn coming up, the system only tells you the distance left before you have to turn. It doesn’t tell you, for example, if it’s the second or third street on your left or right. This could lead to mistakes, especially if it’s a street where you can’t turn (as once was the case).

Tracking: The tracking function is not always reliable because the signal can get lost, for example, when driving downtown on narrow streets surrounded by tall buildings.

Margin of error: There is a 150m gap between what you see on the road and what is posted on the screen. You must keep this in mind at all times.

How will the GPS improve the stormy family atmosphere described at the beginning of this blog?

• Less time wasted on the road when getting lost
• Less stress and a more relaxed atmosphere
• Navigation control at all times and, if ever the system has any problems with its tracking function, you can always fall back on the tried-and-true technique of putting the window down and asking for directions.

Back in the day, there was a car, a couple and a destination. That hasn’t changed. However, now that the GPS is here, stress-levels have gone down and maps havce been relegated to the glove compartment, just in case.