Apple launched a huge research project around the globe with 12 leaders in medical research to better understand how they conduct clinical studies, build research protocols, and identify their future needs and obstacles. Here are few of the main problems that were identified:

These results led to the development of ResearchKit. 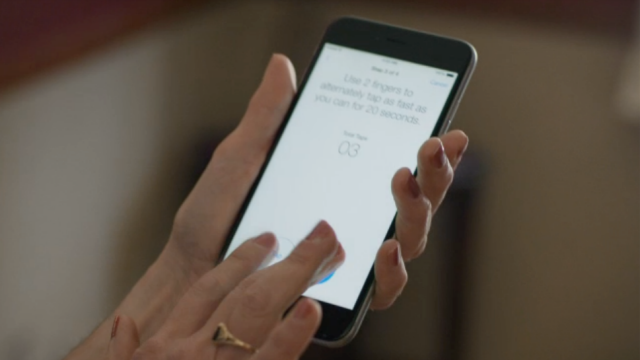 But what exactly is it?

ResearchKit is a software framework that allows any researcher to conduct a global study with an iOS app. The app would require participants to answer questions and/or perform certain tasks, and all the data collected would be safely transmitted in real time. This is the principle of remote monitoring.

This kit consists of different modules (surveys, consent forms and physical tasks) that can be customized according to the needs of the study. Four categories of the physical tasks module are in place: motor activities, fitness, cognition and voice. All of them communicate with the iPhone or Apple watch sensors. Certain background functionalities like the pedometer need to be developed with the HealthKit API. 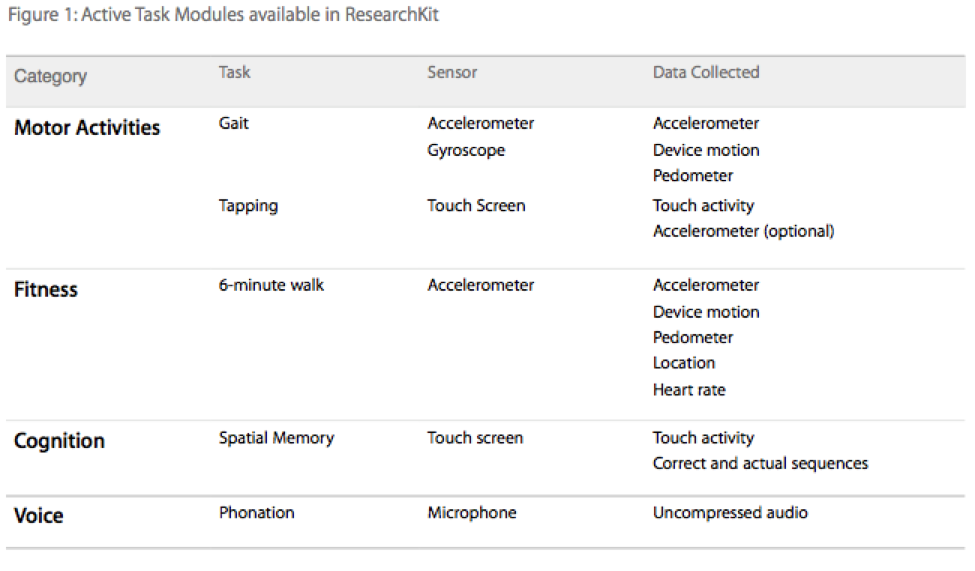 For the launch, five apps were developed in partnership with many institutions, including Stanford Medicine, University of Oxford, Sage Bionetworks and the University of Rochester. Here’s how the applications take advantage of the above modules:

Measuring dexterity, balance, memory, and gait, this is the app that uses the most of the available sensors.

The app mesures day to day movements with the accelerometer and gyroscope, then compares activity levels with blood glucose levels.

Providing insight into people’s lifestyle, the study aims to draw a parallel between lifestyle and the risks of cardiovascular disease.

Using GPS, the app looks for triggers that lead to an asthma attack by analysing the participant’s environment. The air quality level is analysed by the city and the data is transmitted directly to the application.

This app studies some of the long term effects of chemotherapy. It focuses on more qualitative information with the survey modules.

Convenience & Ethics
Many people living with medical issues requiring frequent visits to a clinic are likely to favor being able to be monitored remotely through their device (especially those living in northern climates or very remote locations where they can spend an entire day travelling and waiting in a clinic).

This initiative fits well with Apple’s intention to be a leader in healthcare, and one can easily see links between this, HealthKit (launched last fall), and the Apple Watch. 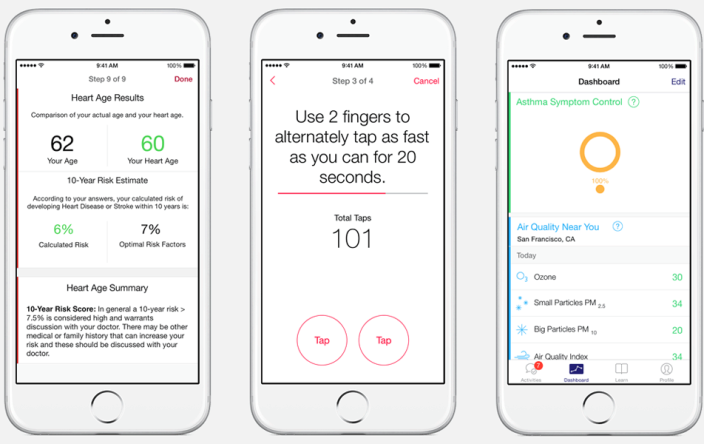 Several fundamental questions are raised regarding patient ethics. Even if participants agree to participate in any studies, strict measures around data protection should be systematically implemented to A) ensure that participants understand that they are giving access to their personal information, and B) protect them from the dissemination and use of their data in other contexts. Who will have the right to launch a study with ResearchKit? Will anyone be able to do anything?

Given the proliferation of mobile apps related to health, the FDA in the United States (among others) has strengthened its discretion in clarifying the difference between general health apps and those that track medical information (those that diagnose, treat, or prevent a disease or condition). The latter will be subject to regulatory requirements.

Many questions still remain unanswered, and it will be interesting to follow the evolution of ResearchKit in the Apple environment, especially in the AppStore in the coming months.