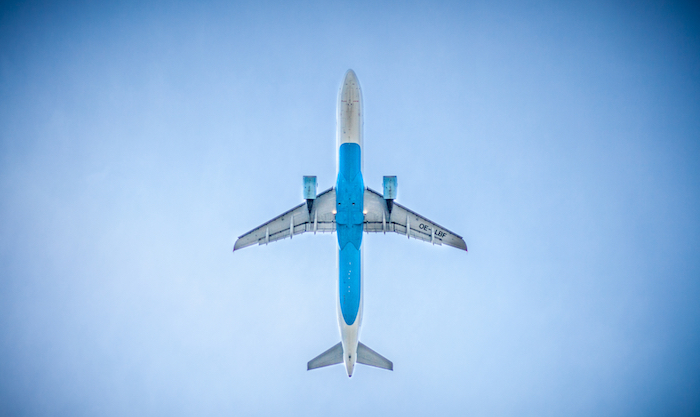 Personal space has become a source of tension on flights. Planes are starting to feel more and more like sardine tins. If the passenger in front tilts his seat back, it becomes impossible to change positions and we end up feeling stuck and uncomfortable. While this may be tolerable on shorter flights, long-haul flights are expected to provide at least the option of crossing your legs or stretching them out a little. Passengers no longer have this option unless they book seats near emergency exits or travel in premium class.
During a flight, passengers understandably tilt their seats back in order to be more comfortable. This, combined with decreasing leg room on plains has sparked a debate around backrest etiquette. In August, during a United Airlines flight between Newark and Denver, two passengers came to blows because of an inclined seat. The captain had to land the plane and one of the passengers was escorted out by security. Another similar incident occured recently on a flight from Delta Airlines at La Guardia in Palm Beach.
There’s always awkwardness when the passenger in front of you reclines his seat. Firstly, there’s an element of surprise (including a bit of panic, especially if there’s a drink in front of you or your computer is open) and secondly, there’s anger at being overlooked by the passenger in front. A business class passenger on a flight Air Canada Rouge flight from Montreal to Barcelona told me that he was unable to use his computer once passenger in front of him reclined his seat. He asked the man politely whether he could straighten his seat but the man refused. The flight attendant refused to intervene, saying that it is the prerogative of the passenger to choose how to manage their seat, except during takeoff and landing.
In the United Airlines incident, a small gadget known as the Knee Defender was at the heart of the conflict. The gadget attaches to the fold out table and prevents the passenger in front from tilting his seat backward. Apparently, the gadget comes with a card that may be handed to the passenger in front to explain the situation and start a conversation. Unfortunately no such conversation happened on this occasion.
According to etiquette experts, it is only during overnight flights that there is a tacit agreement to turn off lights and recline seats. It is also acceptable on long-haul flights but it is polite to ask for permission before tilting the seat. Some airlines such as Ryanair have installed non-reclining seats. This may be a workable tactic for short flights but isn’t viable for longer ones. Japan Airlines has introduced a premium economy class with seats that incline forwards without intruding on the space of the passengers behind.
There are additional gadgets to preserve privacy during a flight. Try searching for “ridiculous travel accessories that will drive other passengers nuts” and you will be amazed by what you find! There’s also a twitter account demanding that airlines reserve seats near emergency exits for tall people.
There is also etiquette around elbow placement on flights. When sitting next to strangers, etiquette dictates that each person stay within his or her personal space and not intrude on the the others’. Regrettably, this rarely happens.
By trying to cut corners on all fronts – and especially on seating space – airlines increase the levels of stress and discomfort of their passengers and undermine the entire travel experience. There was once a time when it was a pleasure to fly but this is no longer the case. The aircraft has become primarily an object of convenience and cost-effectiveness. A great shame!