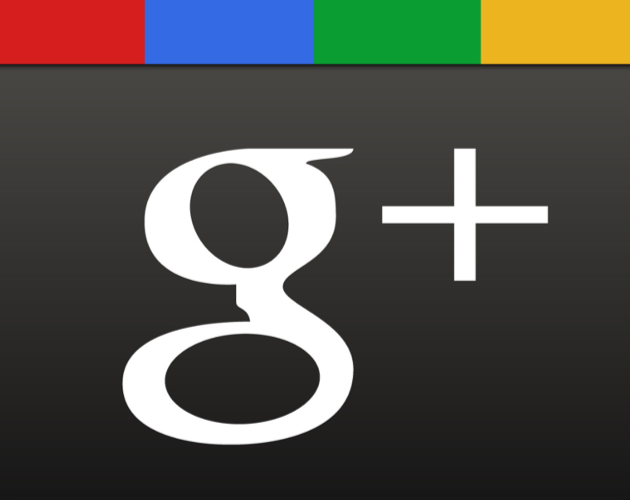 So, Google+.  You saw this coming, right?
Have you noticed the clear trend in Google’s past few releases?  Google Wave, Google Buzz, and now Google+ – all are attempts to dive into social media.  Here at Yu Centrik, we’ve played with each of these three tools trying to get an idea of their purpose.  For the first time with Google+ we actually have a compelling answer to this question.

Sure, in Google+, users are able to add/follow friends, share content, manage their profile, and more.  While releasing a product so clearly in competition with social media Goliaths Facebook and Twitter, we mustn’t forget that Google is no David.  The ubiquity of Gmail and Google’s patented invite-only marketing has helped Google+ reach 10 million curious users in only two weeks.

Some have already declared the imminent failure of the service, but their arguments don’t seem to hold up.  Forbes magazine suggests a lack of support for groups will spell the end of the social network, yet they seem to ignore the success of Twitter: a free-for-all asymmetric social network which has achieved significant ubiquity with no real groups.  Many also seem to ignore the possibility that G+ is simply not aimed at beating Facebook at its own game.  Instead of casting our own judgments on its outcome, we chose to investigate the structure and interface of the service to answer one simple question: what is Google+ aiming for? 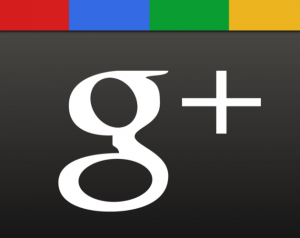 Google+ lies between Facebook and Twitter.
On a closer look, the lack of a system for direct communication immediately separates Google+ from Facebook.  Presumably due to its integration with Gmail, Google+ has no direct messaging and no personal “wall” of its own.  Instead, it fits within an ecosystem combining all of Google’s previously successful products (Gmail, GTalk, Calendar, Documents, Reader, etc.), which are now defined by a top navigation bar connected to the Google+ network.  This is a sure sign that the product is clearly of strategic importance to the company (likely an attempt to gain access to social data which can then be funneled into all other Google products, as suggested by ex-Googler Douglas Edwards).

The system allows users to form asymmetric, one-directional relationships, much like Twitter’s concept of “following”.  However, the comprehensive approach to profiles and posting also separates Google+ from Twitter.  A little less public than Facebook, and a little more personal than Twitter, Google seems to be working toward a niche for itself between the two services.  The system appears to bring the simplicity, privacy and content focus of Twitter into a more personal social network like Facebook with better support for multiple personal networks.  Before even discussing whether it could grow beyond these competitors, the next few months must first tell us whether that niche even exists.

G+ is actually designed for content sharing.
It seems to me that Google+ is a social media system which has been designed specifically for content sharing.  Seems like old hat, but this concept is surprisingly unprecedented.  While millions of users have appropriated Facebook and Twitter for content sharing, neither seem to have been originally designed for this purpose.  Facebook included comprehensive sharing features much later in its lifecycle, and Twitter’s interface has only recently integrated shortened links and lists.  These actions represent both service providers simply catching up with the behaviour of their users after the fact.  With Google+, the focus seems to have been on content sharing from the beginning.

The interface design seems to be a cocktail of the best ideas from competitors along with a slew of additional features and functionalities which seem to be geared toward content sharing in a private and controlled manner.  One can sense clear attempts to attack the weak points of other social networks, and Google+’s refined interface achieves an unparalleled maturity in this regard.  Further, focusing on content sharing, one of the major reasons users engage with social media in general, may turn out to be a silver bullet for the social media-scape.  We can see these points more clearly through an analysis of two of G+’s main features: circles and hangouts. 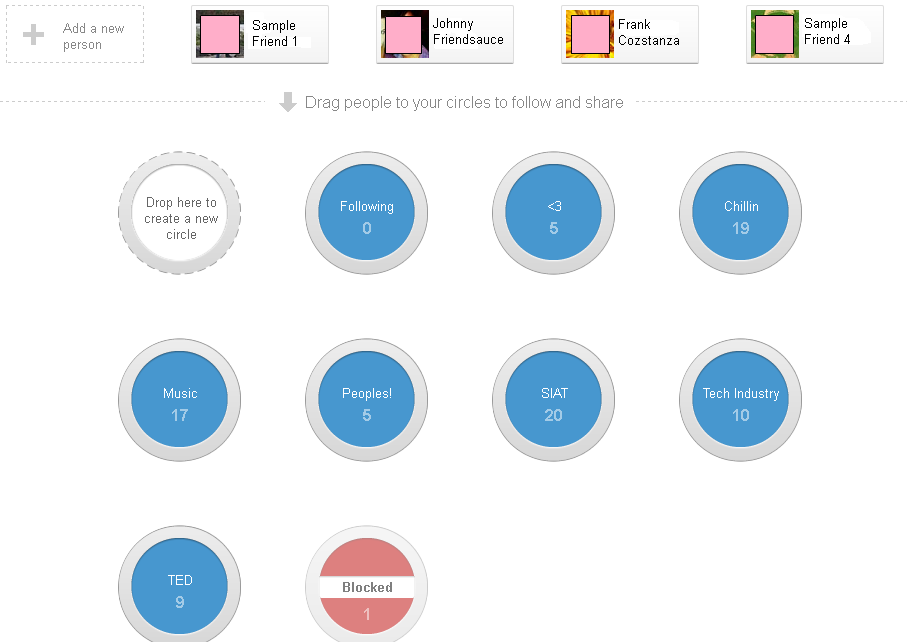 Circles let you covertly organize your contacts into groups using a simple callout with checkboxes, or a visually interesting drag-and-drop interface for handling many contacts at once.  Circles enable you not only to share content to specific groups of people, but also view content from those same groups.  If I share a technology-related link or status update with my fellow Yu Centrik people, they are the only contacts which will have access to that information.  On their Google+ interface, that post will show up only in the circles within which they have placed me.  This is an effective way to drastically improve the signal to noise ratio of your social media, and give you much more control of your sharing and receiving.  One part Twitter, one part Facebook.

Interestingly, your organization of circles is private, making this feature significantly more useful than Twitter’s lists.  The focus on privacy also directly tackles some of Facebook’s biggest failings, an element even more visible through Google’s attempts torespond to privacy concerns quickly.  Again, all signs point to a goal of reinforcing Google+’s attacks on Facebook’s Achilles heel: privacy.

Hangouts are a group video/voice chat system, a concept first introduced almost two decades ago.  Again, the novelty here is that the Hangout interface is designed for content sharing.  Users of Google Talk may recognize attempts to incorporate content sharing effectively into live chat.  They’ve done it even better in the Google+ Hangout.  My brother and I have been showing each other YouTube videos for years, and Google+’s inclusion of a shared YouTube player is a stroke of true user-centered design (see his elation after our first hangout if you don’t believe me).  This concept may be the most innovative part of Google+; there’s no similar service on Facebook, Twitter or even Linkedin.

A few days using the Google+ interface and you’re sure to feel what our User Experience Director Marcio Leibovitch tweeted (ironic, i know):